An entire flooded medieval village emerges from the Italian lake

The medieval Italian village, which has been submerged for decades, is set to re-emerge. The earth is constantly undergoing significant changes, some of which are caused by Mother Nature and some by man. One of these changes is the construction of dams to bring water and energy to areas where the population and related industries need it but do not have access to it.

The construction of dams was once a particularly popular solution for those who needed energy and water. Governments and politicians were less aware of the environmental consequences of the forced reshaping of landscapes and waterways. Today, rivers and lakes are no longer so eagerly dammed as sources of energy or recreation.

However, especially after World War II, energy companies were determined to bring energy to Europe and North America to as many regions as possible. Both continents have thus experienced a boom in the construction of dams, which in retrospect often appears to be risky, especially in terms of environmental impact. 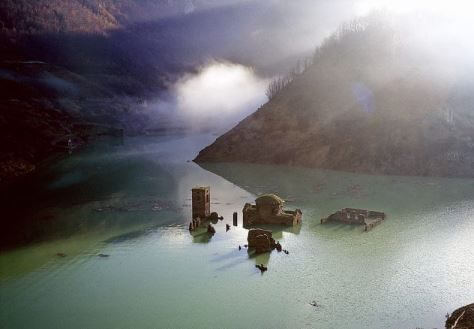 Village Fabbriche di Careggine. Every ten years, due to the maintenance of the dam, the basin, now called Lake Vagli, has to be drained and the village emerges spooky. (Photo: Romano Cagnoni / Getty Images)

In 1953, just one such dam was built in Italy. Lake Vagli was created and energy and tourism were brought to the area. However, there was one perhaps unintended consequence - the dam covered the magnificent medieval village of Fabbriche di Careggine, and it became "invisible" to anyone visiting the area. But like all large construction projects, dams need maintenance. The same is true of Lake Vagli, which is to be released this year and next, to the great delight of Italians and other visitors. They then descend from afar to the village to visit the drained lake.

The lake was last launched in 1994. Sources say it was visited by about a million visitors who wanted to see these archeological ruins. Their origin dates back to the 12th or 13th century. According to historians, the village served as a residence for ironworkers who operated their craft in the area. The daughter of the former mayor, Lorenzo Giorgi, wrote on her social networks that Lake Vagli should be released again in 2020. 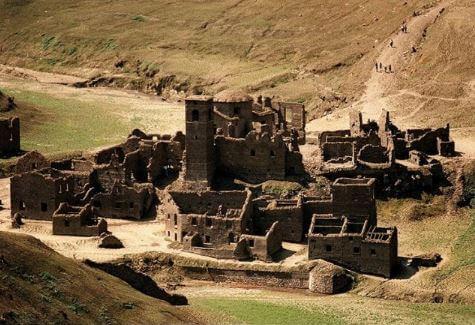 The village of Fabbriche di Careggine at the complete discharge of the lake. (Public Domain / Wikipedia) 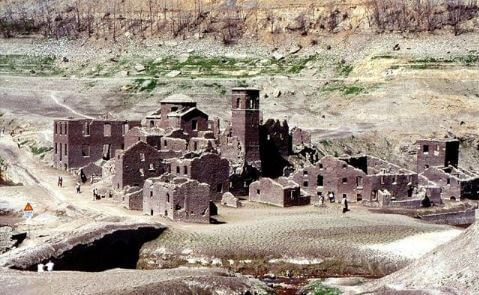 Flooded village of Fabbriche di Careggine after the discharge of the lake. Photo: Viaggio Routard CC by 2.0

A spokesman for Enel Power, which manages the lake, recently told Fox News that initial negotiations are underway and that the process may begin later this year. However, the village is unlikely to be visible, at least not in full, until 2021. When the lake drains, it is as if ancient buildings suddenly appeared in a somewhat surprising and haunting design - almost like an illusion. However, people can go to the ruins on ships and easily take a closer look at how this set of buildings once worked in everyday life.

It is probably only a good thing that the ruins may not be fully visible this year. Travel restrictions still apply in some areas. The government, as well as public health officials, are nervous about too many tourists. At the very least, however, this will allow local municipal officials to monitor and control the movement of visitors. 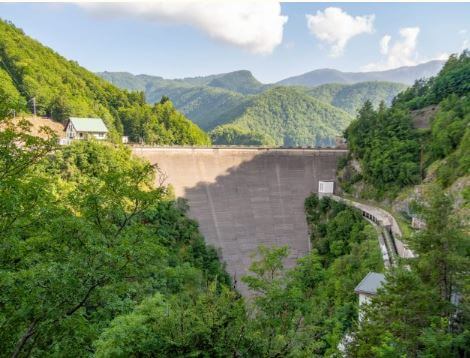 A dam near the Fabbriche di Careggine, which caused the flooding of the village.

An area popular with tourists

The area is extremely popular with tourists in "normal" times, because it is located in the province of Lucca in Tuscany. But now there are many, but not a normal time. And a region that is dependent on tourism income is undoubtedly struggling to stay afloat economically. The release of the lake this year, when various travel restrictions still apply and people are careful when leaving home, thus makes a positive sense in at least one respect.

But once the ancient medieval village below the Italian lake is visible to all, it can be difficult to keep tourists and locals aside. It is an opportunity to see a monument that occurs once a generation and is part of the rich Italian history.

Handmade aroma lamp, which harmonizes the space not only with its beautiful design, but also gives the opportunity to scent your whole home. 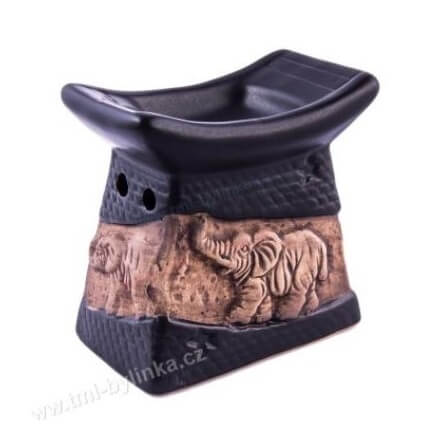