The gene is responsible for supernormal abilities - do you have it ?!

The older generation remembers the times when the supernatural abilities of the sensuals were mercilessly questioned and their bearers were in the viewpoint of special departments ... At the same time, however, many political officials turned unofficially and tried to resolve their personal problems with their help.

Who are these people and where do they have their gift from?

See the future and treat diseases by touch or potions, whose recipes are not found in any pharmacological manual; healing of both physical and energetic illnesses, and communicating with the subtle world - all these are the abilities that are manifested by individual sensibles on the basis of their endowment.

There is a hypothesis that every person can acquire these abilities during his or her life. But why do some of these gifts have and others do not?

Many of the susceptible people admit that ability (or as it is also called, opening the third eye) began to appear after some sort of shock.

Many of them went through clinical deaths and had the opportunity to take a short look at the world beyond the world or simply experience a very strong psychic shock. In any case, the acquisition of such skills is only a consequence and not the cause of what experts believe. It takes place on a different level, and their acquisition is not everyone's own.

Experts conducted a number of surveys and came to the assumption that the "opening" of man to communicate with the parallel worlds is a gene.

Normally, this gene is in a sleeping state and the trigger for its awakening is nervous arousal. But why are some of them and others not? It could just be a gift, just like a genius. But that's not the case, and the resolution of the puzzle lies almost at your fingertips.

Nowadays, many scientists have no idea that we are not the first civilization to inhabit our planet. Similarly, Darwin's theory of evolution is increasingly critical, and there are new and more convincing reasons for doubt.

According to some theories, four civilizations were ahead of use

We have not only ancient texts, but also physical proofs such as pyramids in Egypt, South America, or China. These include underwater structures at the Bermuda Islands and, last but not least, the well-known Old-Indian epics Ramayana and Mahabharata.

The epics describe in detail the gods who came from heaven and unleashed the battle with other gods living on Earth. These creatures were, in addition to top technologies, also attributed to supernormal abilities similar to those of today's sensitizers.

The inhabitants of Atlantis, Hyberbore, Mu and Lemuria, the previous civilization on Earth - all of them possessed such abilities as telepathic communication or telekinesis.

Researchers assume that each of these companies has disappeared as a result of natural disasters, and the survivors have begun to build a new civilization. The last were the Atlanteans, whose land was mentioned in his dialogues by the ancient Greek philosopher Plato.

While studying inscriptions on pyramids and images engraved on the surface of peculiar stones in Peru, scientists came to the conclusion that local residents had high level medical knowledge. Another example is the ancient Egyptians who have performed complicated surgical procedures. Evidence has also been found that they have also successfully practiced dentistry in ancient Egypt - they were tearing and filling their teeth. Old civilizations were able to perform complicated operations according to current standards.

Transplantation of organs and limbs, neurosurgery, and other disciplines where we are today at an early stage, had previous civilizations judged by the images found. Scientists assume that this knowledge was partly preserved in ancient Egypt because it was regularly visited by gods, and they were doing "educational seminars" on that occasion.

Based on these assumptions, we can conclude that past civilizations have had deep knowledge not only in medicine but also in genetics, and have been able to navigate without difficulty in space, including space travel. There is also the possibility that they have decided to populate the Earth with the biorobots they have created in their laboratories. If their DNA were used, some of their abilities could be passed on to people.

Poslední previous civilization of Atlantis she disappeared suddenly, but what if the survivors dispersed among the created beings and still live among us? In any case, "supernatural" abilities are not all people. And to those who have, others have always behaved cautiously, sometimes even hostile. In the Middle Ages, witchcraft accusations were on a daily basis and thousands of people, mostly women, were burned. And all this only on suspicion of practicing certain practices and knowledge. 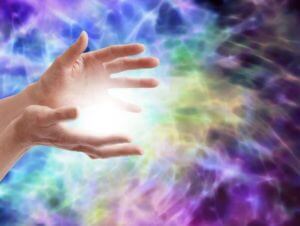 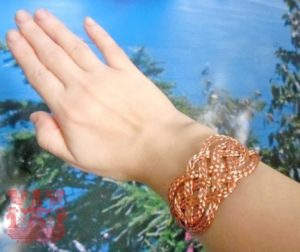 Experts have come to the conclusion that there is no difference between the magician, the scientist and the sensible, nor the way in which these people apply their abilities. The decisive is the ability to "repair" the psyche and the physical condition. Skills may occur in childhood or adolescence, with all sensitivity descriptors of similar symptoms. Eyestrain, headache or voices. The connection with the Universe opens and information is beginning to come. A person who has no experience or can not cope with it can be frightened and worse in the worst case.

These donations are very often inherited, and this allows the upbringing of the next generation, the transfer of knowledge and ways to cope with the influx of information, possibly shutting down and turning on their resources.

We can call it differently, in the Middle Ages we would call it an obsession with unclean forces, for the shamans and magicians of different nations would be communication with spirits, the sublime world. In such cases, people connect to energy channels, but what kind of energy will flow through them depends only on them, the situation and the conditions.

Black magicians and witches are connected with the dark forces and perform corresponding rituals. Sensitive people mostly work with positive energy and are basically guides. Through them there is energy that will help the needy people. Stream of energy directs the healers on themselves, delivers them, and directs them to the person in need of help. This is how the healers receive all the negative energy flow to protect the human being.

The paradox is that can not protect sensitively or cure himself with his own abilities. Although there may be nations whose representatives can do it. It is likely that it is linked to the genetics inherited from our ancestors. Notwithstanding the fact that these societies are already accepted to a certain extent today, some are still inadequately responding. Scientists have already shown that the possibility of handling biopole and aura is possible.

What habits does our heart and soul have?

2 comments on "The gene is responsible for supernormal abilities - do you have it ?!"