Did Jesus Christ Die in Japan?

It does not matter what a person has a religious belief, the name Jesus Christ knows everyone. There is a rich collection of stories and adventures attributed to this iconic figure, but was one of them a story about the journey of Jesus to ancient Japan? According to the folklore of a remote mountain village in the northern corner of Japan, Jesus Christ not only traveled to Japan, but also found the place of his last rest. According to this story, he did not die on the Golgotha ​​cross. Because you mostly doubt it, let's take a closer look at this strange story.

A village called Shingõ is hidden in the mountainous terrain of the prefecture of Aomori, in northern Japan. It is a small village inhabited only by 2 632 people, mostly farmers who live in a simple rural lifestyle. Most of the local population is strictly Buddhist or Shinto, with only one Christian, there are no churches to see. In fact, of 128 of millions of people in Japan, only 1% is referred to as Christians. This causes even more confusion when such a legend has been rooted about the most important Christian figure.

It is difficult to imagine that from all the places in the world where Jesus Christ went, he was headed into this sleepy mountain village in Japan.

According to the local tradition, Jesus came to Japan when he was 21 for years, and he stayed there for twelve years, known in the New Testament as his "lost years". He is said to have come to study theology and landed for the first time in Japan in a place called Amanohashidate. It was a harbor on the west coast. Upon his arrival, Jesus Christ studied at the theology master at Mount Fuji. He taught about religion, philosophy, Japanese language and culture. Jesus said he was completely immersed in the Japanese lifestyle during his stay. His studies continued until the age of 31 years, then he went on a long voyage back to Judea. There he talked about his exotic adventures in this mysterious, far eastern land he described as sacred. 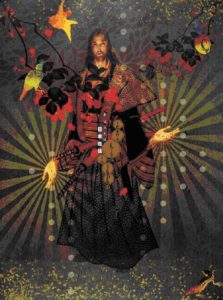 At this point the story becomes even more bizarre. According to the legend, after returning to his homeland, Jesus was condemned to the crucifixion, but he was able to replace him with his brother Isukiri, who sacrificed for him. According to the traditional story, it was rather Isukiri, rather than Jesus Christ, who was crucified. Jesus himself fled back to Japan, carrying only the spring of Virgin Mary's hair and the cut off ear of his convicted brother. After a challenging journey through the desolate desert of Siberia, Jesus arrived in the Japanese city of Hachinohe. He later traveled to the nearby village of Shingō.

In exile in Shingo, Jesus was known under the name of Daughter Taro Jurai, and is said to have accepted the simple life of a peasant growing a garlic to help the needy. He even allegedly married the daughter of a farmer named Miyuko and had three children with her. The story further says that Jesus lived in this mountain village long and happy life and lived the age of 106 for years.

When he died, his body was buried in the traditional way of the time. The body was exposed at the top of the hill for four years, after which his bones were tied up and buried in a tomb that can still be found today in the village. The ears of Jesus' brother, Isukiri, and the spring of Mary's hair, were also reportedly buried in neighboring graves. To date, the descendants of the village live in the village, the most well-known of which is the Sawaguchi family. 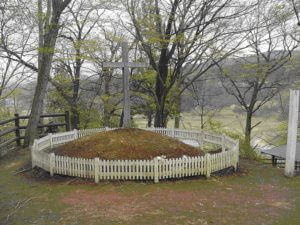 The grave of Jesus Christ in the village of Shingo

The whole legend of the stay of Jesus in Japan seems ridiculous, absurd, and perhaps even blasphemous, but over the years there has been a lot of evidence supporting this story. It has been pointed out that some of the traditional clothes in this area were tags, like garments worn by men, which were different from other Japanese garments, just like a Kimono worn by women who seem to be more like a garment in Biblical Palestine than in Japan.

In addition, some of the ancient traditions in this area included other things that are considered unfit. For example, wearing children in knitted baskets, wearing them in clothes where a star similar to David was embroidered and marked on a forehead by a cross. Even the regional dialect has a relation to the Holy Land, when some words resemble Hebrew more than Japanese. Even the name of the village was once Herai, so he was remarkably similar to the Hebrew Hebrew Hebrew Hebrew word. In addition, it was said that many of the villagers certainly had a strange face look and even blue eyes, although we ignored that Jesus certainly did not have blue eyes. This was considered to be a sign that they were conceived by someone other than Japanese.

Perhaps the most well-known proof is how the whole legend was born. The collection of documents known as Takenouchi 's Documents was supposedly rewritten from a leaf found in this area in 1936, which came from the time of Jesus. The document contained texts that allegedly capture the will and testimony of Jesus Christ as well as reflections on his life in Japan. Documents were supposedly overwritten about 1500 flights from even older documents and scrolls, and then kept for generations by the Takenouchi family before they were finally published in 1800. 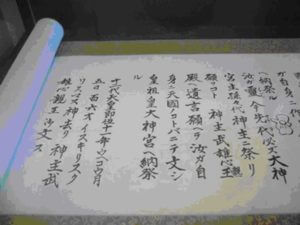 These documents, although interesting, are generally considered to be a scam. He is supposedly made by the one who wrote the original Japanese language version of the text, and himself declared himself a cosmarchologist named Wado Kosaka. This is a man who later attempted to contact the nationwide UFO television, so anything that he produced could be taken with a reserve.

The original documents have apparently disappeared

The fact that the original documents have apparently disappeared during the Second World War contributes to doubts. At present, these documents are generally considered to be made, and one professor at the Kyoto University, Toji Kamata, even said he considered them to be a scam. Still, there are supposedly other scrolls that have been discovered here. These scrolls tell of Jesus and his stay in this mountain village. 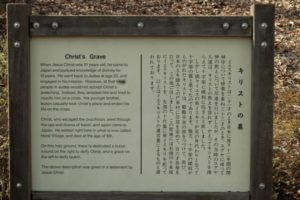 Information board at Jesus' tomb.

At present, Shingō's alleged grave of Jesus, the Virgin Mary's hair and the ear of Jesus's younger brother, remains. The grave itself, known in Japan as "Kurisuto no Haka", or literally the grave of Christ, is on a hill with a significant cross. The grave with other relics remains nearby. In the village, reproductions of the Takenouchi coil, including their English translation, describe the life of Jesus. In fact, there is an entire museum in the village, called "The Legendary Christ Museum," dedicated to the story of Jesus in Japan, which is near the tombs themselves. The museum takes care of the reproduction of Takenouchi's documents and various other monuments that relate to the legend of Jesus.

Nowadays, there are many curious people coming to this distant city about 3 by train from Tokyo. They are here to see the supposed grave of Christ with their own eyes. It is estimated that 20 000 will come to such pilgrims every year. Pilgrims come either from true religious desires or from mere morbid curiosity. There is also every spring festival, called "Christ's Festival", in which women in kimono dance at the grave and sing. 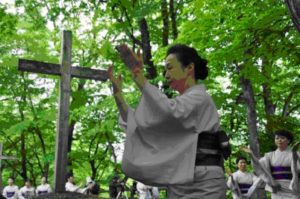 In a somewhat bizarre development of events, 2004 arrived here at Israeli Ambassador Eli Cohen and donated a plaque written in Hebrew to the Museum. It reminded the relationship between Jerusalem and the village of Shingo. The plaque was later marked as a symbolic affirmation of friendship, rather than any real support or recognition of Jesus' stay in the village.

Plaque dedicated to the ambassador

It is rather bizarre as this legend became so rooted in Japan in Shingo. The village is predominantly Shinto and there is only one Christian. Even the alleged descendants of Jesus who live here are not Christians. As for the legend itself, it is not clear how true it is. Grave remains are considered sacred and were therefore not made available for any DNA analysis if someone was buried there. However, whether you believe this myth or not, it seems that the village of Shingo is entitled to the sign, as the last resting place of Jesus Christ, which will continue to stir our curiosity for some time.

3 comments on "Did Jesus Christ Die in Japan?"