Mount shasta Although it is not the highest or most beautiful mountain in the Cascade Mountains, it certainly is the most legendary. In terms of strangeness and peculiarities, the unusual stories that surround the mountain are comparable to any other region of the United States, or perhaps even the whole world. According to the Sacramento Bee newspaper, more than 100 cults from around the world claim the Shasta Mountain.

The underground inhabitants of Mount Shasta

In a government-funded study, 89% of visitors surveyed admitted to coming to Mount Shasta to worship gods and extraterrestrial beings believed to reside in cavities beneath the mountain - who are often referred to as "underground inhabitants of the mountain."

Most of the strange stories about Mount Shasta come from the book The Inhabitant of Two Planets, first published in 1906 and written by a young man, Frederick S. Oliver, who lived in Yrece, California during the gold rush. Oliver's book contains the first published mentions of the connection of Mount Shasta with the mystical brotherhood of "spiritual adepts," the entrance to the tunnel leading to the secret city below Mount Shasta, Lemuria, the concept of "I AM" and the "channeling" of incarnated spirits. 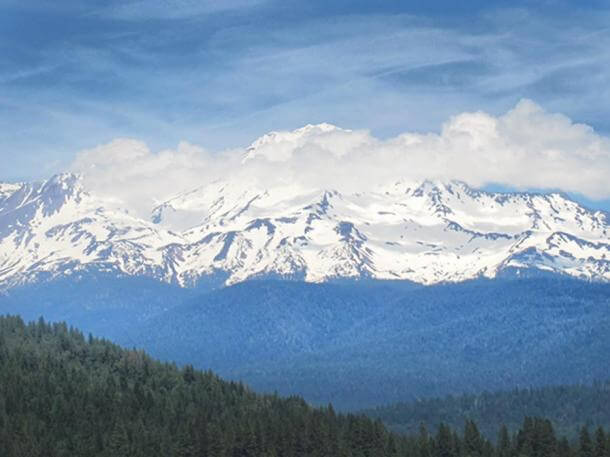 J. Gordon Melton, an expert on unusual beliefs, described the group "I AM Activity", founded in Mount Shasta by Guy W. Ballard in the 30s, as the world's first UFO belief.

Ballard claimed to have met the famous alchemist, Count Saint Germain, in search of a secret occult fraternity on the slopes of a mountain; Saint Germain appeared to Ballard and shared with him some of his alien adventures and journeys with aliens from the planet Venus. It is alleged that Ballard extensively plagiarized the book The Inhabitant of Two Planets as he wrote his Memoirs Revealed Secrets about his visionary, spiritual experiences on Mount Shasta.

Some modern spiritualists have a very interesting view of Mount Shasta. In a sociological study, modern spiritualists acknowledged the Indian traditions of the mountain and also admitted that they sometimes imitated them; however, they also often voluntarily reported that their belief system was a further development, and therefore more "advanced" than Native American cosmology. 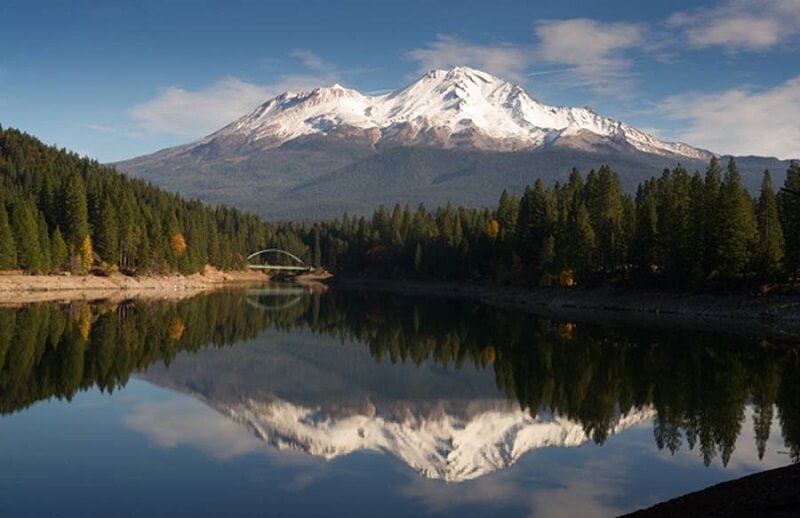 Mount Shasta is a place where many modern spiritualists go to physically express manifestations of higher consciousness over the planet and enter into the sublime roles of spiritual gurus and enlightened beings.

Modern spiritualists have combined the sacred mountain of the Indians with the mythical mountain of gold-seeking dreams; where gold hangs from the roofs of jeweled Lemurian caves like giant icicles. Beneath the mountain, the crystal city of Telos in the Hollow Land awaits the Lemurians - just beyond the reality of the third dimension - where all wishes can be fulfilled: immortality, relief from pain and suffering, dazzling luxury, company and love. 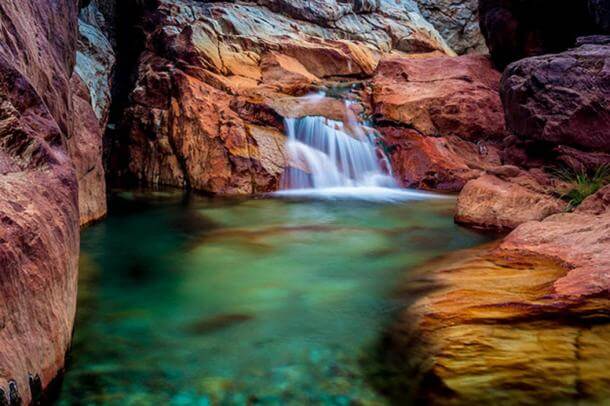 There is no hell in this alternative spiritual view, but the inhabitants of Earth are constantly warned that they are running out of time and that they should evolve and secure their place in the fifth dimension of Telos before any future catastrophe occurs. If you do not join this program and evolve, you will be reborn here — or perhaps on some other hellish planet — where you will have to face all the same painful karmic lessons and challenges before you ascend, beyond the reality of the third dimension. It may take another 10 years for the inhabitants of Earth to have the opportunity to develop again.

Mount Shasta is generally considered to be a place of paranormal events, where the barriers between worlds are much thinner. Sometimes even the dead promise to return from their grave inside the mountain.

In 1951, a woman with theosophical tendencies, who called herself Mother Mary, opened a business called "The Inn" on Main Street in downtown Mount Shasta. Mother Mary fell in love with the mountain after reading the book The Inhabitant of Two Planets, believing that her business would attract the lost souls who would pass through and help them on their path to enlightenment. During several years of operation, Marie received more than 10 visitors. 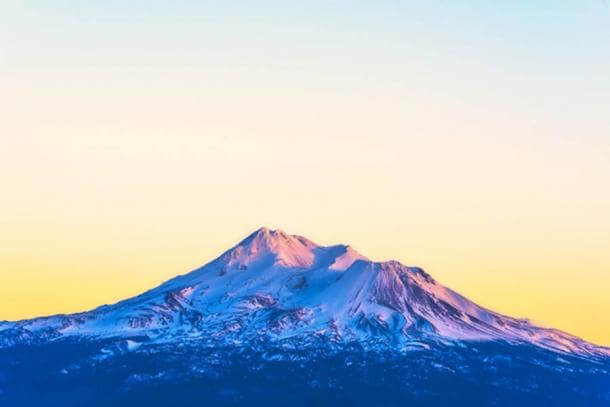 Over the years, tired passengers traveling through Interstate 5 in the middle of the night had a strange urge to turn the city exit, where they were only a short distance away and starved to the doorstep of Mary's Inn to find that it was the only open place in town. where they can have something to eat. 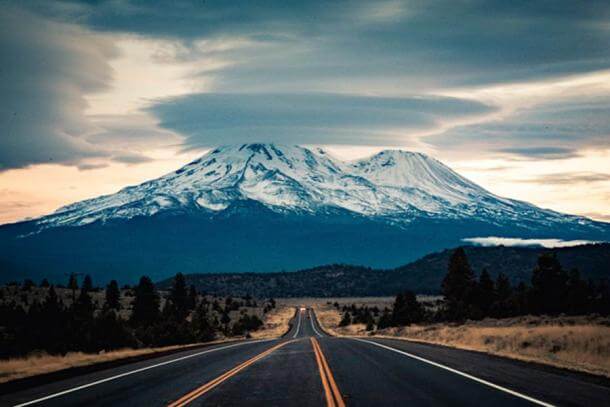 Mary was always alone upstairs in her room, but it was said that she intuitively knew when the next visit would come to her, went downstairs, and was already sitting at the table, ready to start a lively conversation. It was said that Mary had a certain talent for telling people exactly what they needed to hear, and she spoke to them very modestly and discreetly.

When Mother Mary died at the age of 75, she allegedly left instructions to her followers to watch over her body as she intended to return from the grave. Members of Mary's church did so and hid her death almost a month before everyone else. During this time, a sixteen-year-old boy and two older men were constantly guarding her corpse, waiting for her soul to return to her physical body. 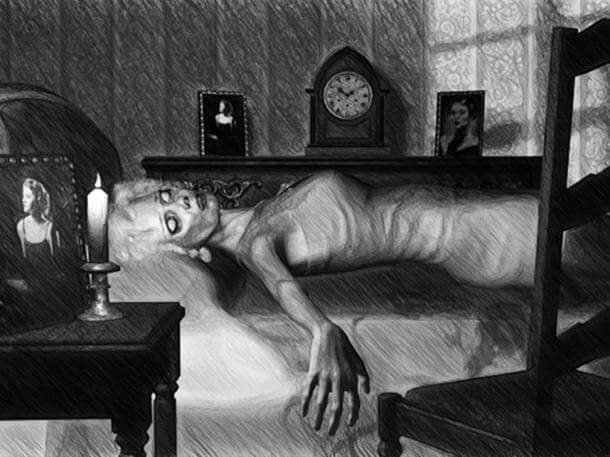 It's hard to imagine the horror of an unembalmed decomposing corpse lying in Maria's bedroom upstairs above the inn for almost a month. It must have been a nightmare worthy of Edgar Allan Poe.

Mary's followers apparently finally came to the conclusion that her soul would not return to the corpse. Probably the horrible appearance and smell of her body brought them to their senses, as they eventually recovered and quietly took her body to the city morgue and alerted the authorities. No wonder Mother Mary's Inn has remained closed since then.

We are currently cleaning the warehouse and we offer many books with up to 55% discount - you can find them in the e-shop in the category Sale of books - all for a few crowns!

Sample of several books from the Book Sale category - all for a few crowns!